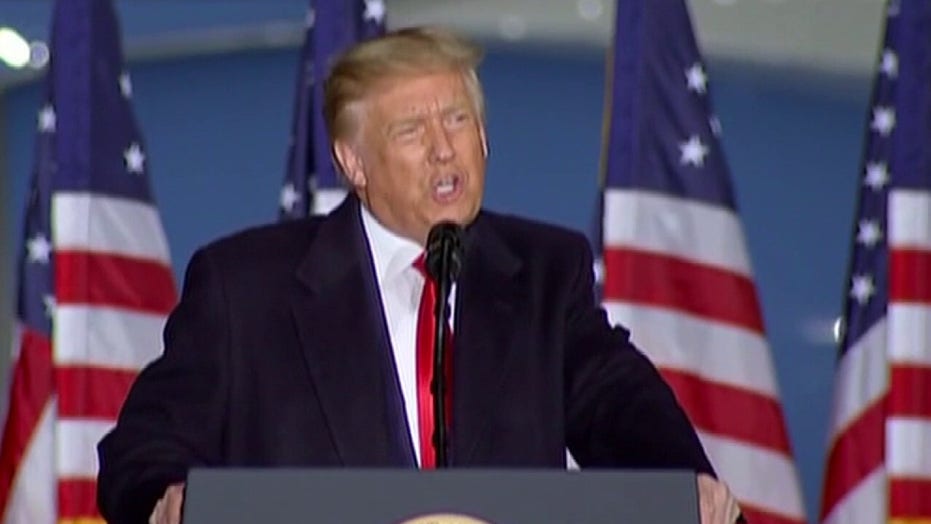 The aid package will be to assist Puerto Rico鈥檚 energy and education systems as the island continues to deal with the aftermath of the devastation brought by the 2017 hurricane; John Roberts reports.

The White House on Friday announced a $13 billion aid package for Puerto Rico, three years after the territory was hit by Hurricane Maria.

"Under the leadership of President Trump, FEMA will award almost $13 billion to help rebuild Puerto Rico’s electrical grid system and spur recovery of the territory’s education system—the largest obligations of funding ever awarded," the statement from the White House said, adding that it includes a federal share of $11.6 billion for the projects.

"Together, these grants exceed the total Public Assistance funding in any single federally-declared disaster other than Hurricanes Katrina and Sandy," the statement said.

The aid package will be to assist Puerto Rico’s energy and education systems as the island continues to deal with the aftermath of the devastation brought by the 2017 hurricane.

Of the funding, $9.6 billion will go to Puerto Rico's electric power authority so it can repair transmission lines, substations, buildings and make other grid improvements. An additional $2 billion goes to the territory's Department of Education to restore school buildings and educational facilities.

"With the grant awards announced today, the Federal Government will have obligated approximately $26 billion for Puerto Rico’s recovery from Hurricane Maria," the White House said.. "Today’s grant announcements represent some of the largest awards in FEMA’s history for any single disaster recovery event and demonstrate in the Federal Government’s continuing commitment to help rebuild the territory and support the citizens of Puerto Rico and their recovery goals."

It comes after President Trump last week approved a disaster declaration for the island, following Hurricane Isaias over the summer. That declaration made funding available to affected areas for housing, loans to cover uninsured property losses and to help individuals and businesses recover.

But the territory had still been recovering from the aftermath of Maria, particularly due to its outdated energy system -- which had been wrecked by the hurricane.

Senate Minority Leader Chuck Schumer, in a statement Friday morning, said the funds were “overdue” and criticized the response by the Trump administration.

“Long before the hurricanes, Puerto Rico had a crumbling and dirty energy grid. After the storms utterly destroyed the grid, it created an opportunity to rebuild a cleaner, cheaper and more resilient energy system, but the Trump administration dithered and delayed and refused to deliver timely disaster aid for the people of Puerto Rico,” he said.

“I will work with the Puerto Rican community to see that these long overdue and desperately needed funds are put to use in a wise way building the cleaner and more resilient energy grid the island deserves.”

The move comes as polls for the presidental race show a tight race in Florida between Trump and former Vice President Joe Biden. This aid package could potentially move Puerto Rican voters in the state towards Trump.

Adam Shaw is a reporter covering U.S. and European politics for Fox News. He can be reached here.