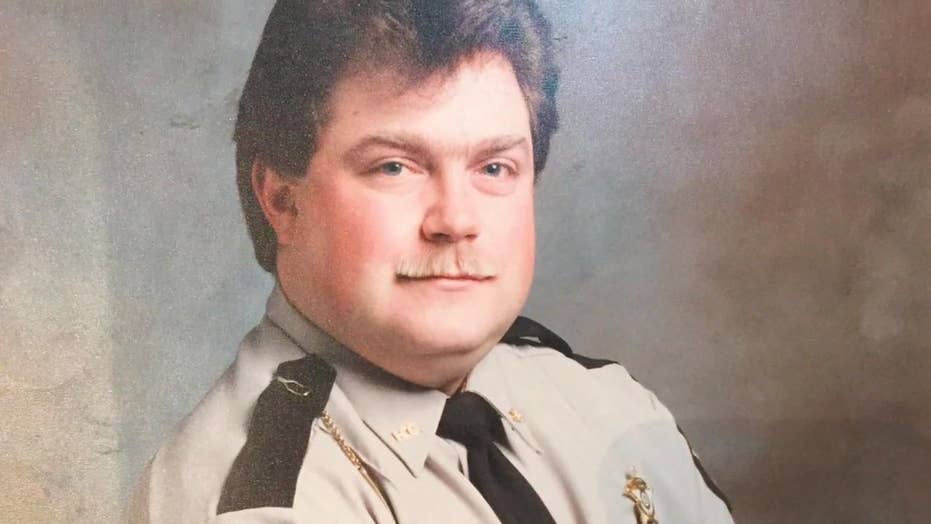 CELEBRATING ONE YEAR OF FOX NATION -- FOR A LIMITED TIME, SIGN UP AND GET 35% OFF WITH PROMO CODE: CELEBRATE

Legendary Hollywood actor and director Clint Eastwood's new movie "Richard Jewell" has been getting Oscar-buzz since its premiere in November, but now it's attracting attention of a different kind.

The Atlanta Journal-Constitution has threatened Warner Bros. with a defamation lawsuit over the film, which tells the story of a 1996 Atlanta Olympics security guard who saved hundreds of lives during a domestic terrorist attack, only to have his name smeared and life derailed by careless news coverage and a controversial FBI investigation.

Fox Nation's new documentary, "Hero for a Moment: The Richard Jewell Story," re-examined the bombing and its aftermath using rare footage of police interrogations and interviews with the authors of "The Suspect: An Olympic Bombing, the FBI, the Media, and Richard Jewell, the Man Caught in the Middle."

"[Jewell] had a passion for being in law enforcement," Tom Davis, Special Agent-in-Charge at Georgia Bureau of Investigation, told Fox Nation, "That's kind of the first impression that I got from him is that he really wanted to be a cop."

Davis met Jewell when Davis worked as the assistant supervisor at Centennial Park in Atlanta during the 1996 Olympic games.  Part of Jewell's responsibilities entailed patrolling the area around a temporary media tower that was constructed on the grounds.  On July 27, 1996, Jewell spotted a suspicious bag under a bench beneath the tower and alerted Davis.

"Richard... was very concerned about the backpack," recalled Davis. "I would categorize it more as being very overzealous about the situation more than freaking out about it. We just started asking all of the people in the general area if the backpack belonged to them. And of course, no one claimed ownership of it."

A bomb diagnostic team was dispatched and one of them looked inside the bag and saw wires and pipes.  They didn't immediately realize that it was a bomb, but security guards began moving people away from the area.  Then all of a sudden three pipes bombs--filled with nails and screws--exploded.

"I won't ever forget," said Davis. "It was a very loud explosion. And the heat from it was tremendous... It just forced me to the ground. And from that point on, it was just utter chaos."

Two people were killed, a 44-year old Georgia woman and a Turkish cameraman who was trying to cover the incident. More than 100 others were injured. Law enforcement immediately started searching for suspects and the media initially hailed Jewell as a hero.

"Everyone wants to know who the security guard is," said Kent Alexander, who was the U.S. attorney in Atlanta in 1996 and co-author of "The Suspect." "You got interviews on CNN, interviews with newspapers all around, interviews with The Atlanta Journal-Constitution. Tuesday morning, he's on with Katie Couric on 'The Today Show.'"

"Unbeknownst to Richard Jewell, by that time, he had become the FBI's top suspect," continued Alexander, and soon that information would be reported to the public.

ATLANTA, GA - OCTOBER 28: Richard Jewell smiles during a press conference in Atlanta, Ga. Jewell was cleared as a suspect in the July 27 bombing of Centennial Olympic Park, three months after the FBI announced that he was their prime suspect. (Photo credit should read DOUG COLLIER/AFP/Getty Images)

"Kathy Scruggs was the one who broke the story about Richard Jewell," said Lyda Longa, who was a police reporter for the newspaper during the 1996 games, to Fox Nation. "She had very good contacts with the police department. She had been there a few years and she had contacts with the FBI. And I believe the name came to her through somebody from the FBI."

The AJC's legal team sent a six-page letter to Warner Bros. and Eastwood on Monday claiming that the film misrepresents the work of Scruggs, who died in 2001. The paper alleges that the movie suggests that Scruggs had sex with an FBI agent in exchange for sensitive information in the investigation.

Paul Walter Hauser stars as Richard Jewell, a security guard investigated in connection with the Centennial Olympic Park bombing in 1996.

Scruggs report set off a chain of events that upended the FBI investigation and kicked off a nightmare for Jewell, who was later cleared by the FBI.

On July 30, the night after Scruggs' article was published, NBC news anchor Tom Brokaw said on-air, "'They probably have enough to arrest him right now... probably enough to prosecute him, but you always want to have enough to convict him as well. There are still holes in this case.''

"Imagine what this was like for Richard Jewell," Fox News legal and political analyst Gregg Jarrett told Fox Nation. "He saved countless lives. He's being hailed internationally as a hero. All of a sudden, he's a villain. He's the monster who did this. And the Olympics hadn't even ended yet."

Alexander said: "No one wanted his name out there when the story broke that Richard Jewell was a suspect. It threw the investigation to pandemonium. People were shocked. Pounding the table with their fists. It just wasn't something that law enforcement wanted to say."

To watch all of  "Hero for a Moment: The Richard Jewell Story" go to Fox Nation and sign up today.

CELEBRATING ONE YEAR OF FOX NATION -- FOR A LIMITED TIME, SIGN UP AND GET 35% OFF WITH PROMO CODE: CELEBRATE